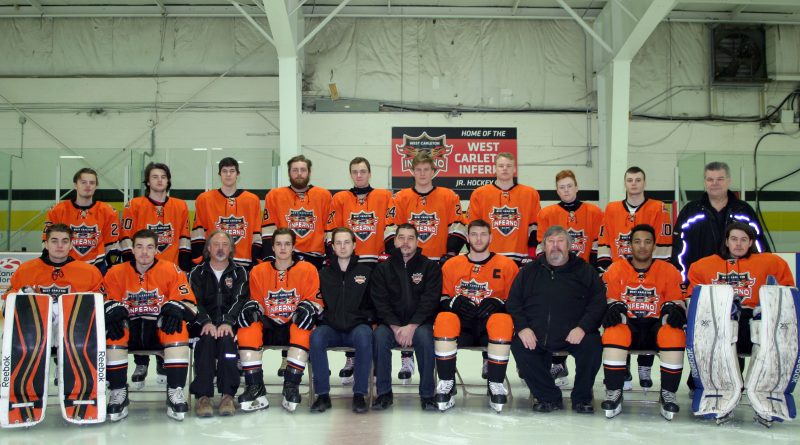 The West Carleton Inferno are a Junior C hockey club operating as part of the National Capital Junior Hockey League (NCJHL) in the Ottawa area.  We play a 36 game season with our home games out of the W. Erskine Johnston Arena in Carp ON.

Establish a quality junior hockey program with opportunities for local players aged 16-21 who have the talent, commitment and the desire to continue playing competitive junior hockey while balancing family, school, work, and social activities.

Some facts from our first year operating in West Carleton:

More information about the Inferno including schedule and standings is available on our website: http://www.infernojuniorhockey.com/